INTRODUCTION
As I have mentioned in other reviews, for me as a landscape photographer one of the most important lenses is the ultra wide lens. A short time ago I decided that i had to change from dlsr to mirrorless, as a Nikon user I've been seeing the possibilities and the bigger difficulty was even the choice of WAL for Nikon, so I decided to try something new, I bought the new Sony A7R4.
The choice of the ultra wide lens was also not  easy task, i have to decide by the Sony 16-35 F/2.8, or the Sigma 14 24 F/2.8. Very difficult choice because Sony was more expensive, not so wide, but with the most of  being rectilinear, The sigma was most cheaper, featured with a  impressive sharpness , being more wide, but with the disadvantage of being spherical, forcing  the use of filters 150 mm. Even so I decided to bet on sigma, and I can tell you that I did not regret it.
In 2018, Sigma’s launched 14-24mm Art lens for full-frame Canon and Nikon SLRs that was very well received, not only for its exceptional build and image qualities, but also because it was remarkably free of distortions for a super-wide-angle zoom.Two years down the line, Sigma has reinvented the lens for full-frame Sony E-mount and Lecia L-mount mirrorless cameras.
This is my wholehearted honest review of this lens, I have not received any gifts or payment for writing this review. I buyed this Lens.

ABOUT SIGMA
Sigma Corporation is a Japanese company,that dedicates to manufacturing cameras, lenses, flashes and other photographic accessories. All Sigma products are produced in the company's own Aizu factory in Bandai, Fukushima, Japan. Although Sigma produces several camera models, the company is best known for producing high-quality lenses.
Sigma products lens with mount to camerasCanon, Nikon, Pentax, Sony, Olympus and Panasonic, as well as their own cameras.
The company was founded in 1961 by Michihiro Yamaki, who was Sigma's CEO until his death at age 78 in 2012, now a day the CEO is Kazuto Yamaki

Since 1961. Sigma has worked towards a single, simple goal: To imagine, and develop, the technologies that will allow the attainment of the perfect image. It’s a commitment they have made, and honored since day one. It’s evident that their  collaborative design was a  process that unites R&D, manufacturing, marketing, sales, and service. It’s evident in their standards—above and beyond industry norms—requiring 100% of their lenses be analyzed by their proprietary ultra-high definition sensors and approved before leaving our factory.
And its evident in their final products, built with premium materials, and known worldwide for quality and performance.
All of SIGMA’s products are created in one single place, our Aizu factory, and then reach our customers all around the world. In this video, we focus on the people that create our products, the people that use them, and the environments that surround them. Scene by scene, we introduce some of our Aizu employees as well as their families, the beautiful nature of the Aizu region, and artists of different fields from all around the world.
It is our goal to match the passion driving artists to create new works with our own passion towards our products. With this video, we would like to present both an essence of our philosophy as well as the showcase the creative fervor of everyone who helped create it.
Photography is all we do. And it’s all we’ve done. So you can rest assured that it’s something we know extensively and care deeply about.

PACKAGING AND UNBOXING
As been usual in Sigma lens, the lens came in a  Sigma white box, i think they could start to think to change their image, a new and modern one.
After having the lens in my hands for a few minutes, I liked the touch, and i honestly thought that, would be happy with it
Inside the box you could find:
- Lens
- Front Cap
- Rear Cap
- 2-Years Warranty
- 5-Years Portugal Warranty Extension 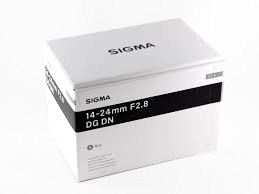 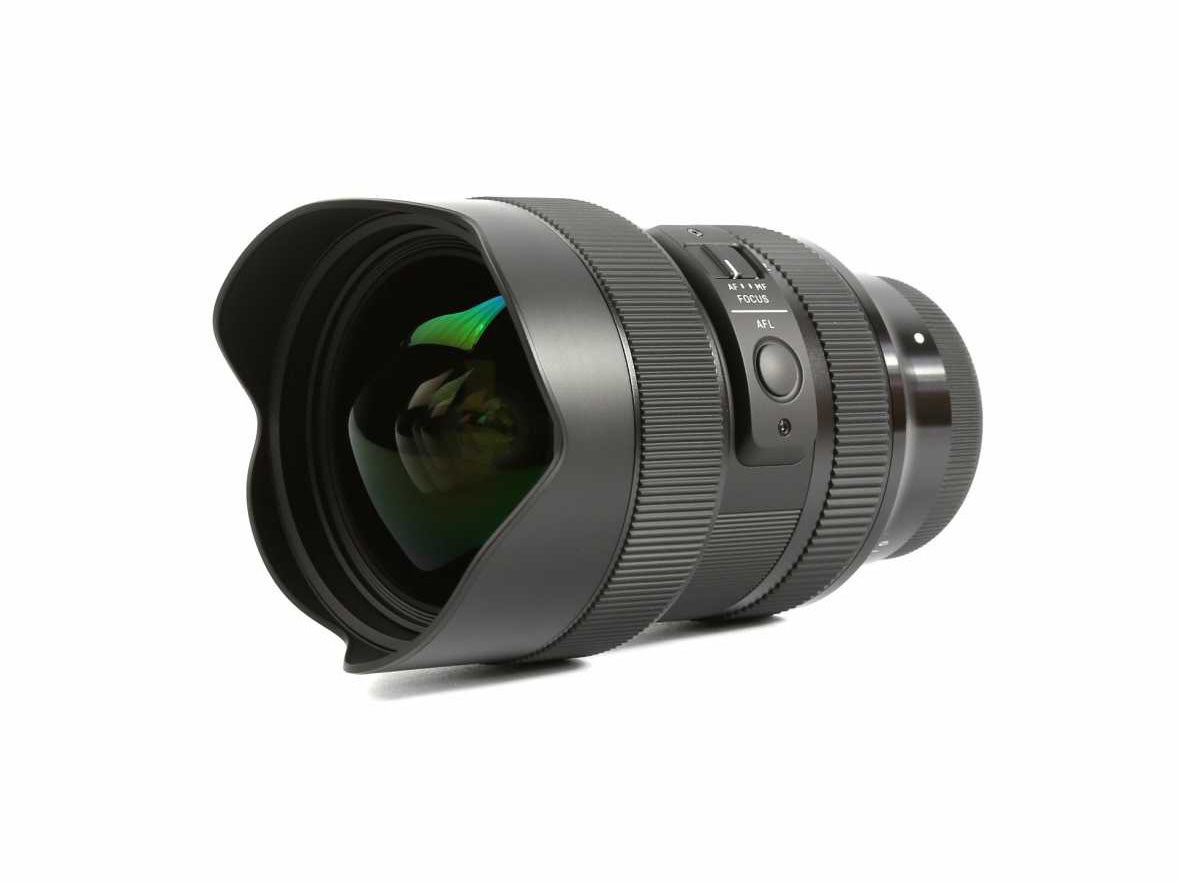 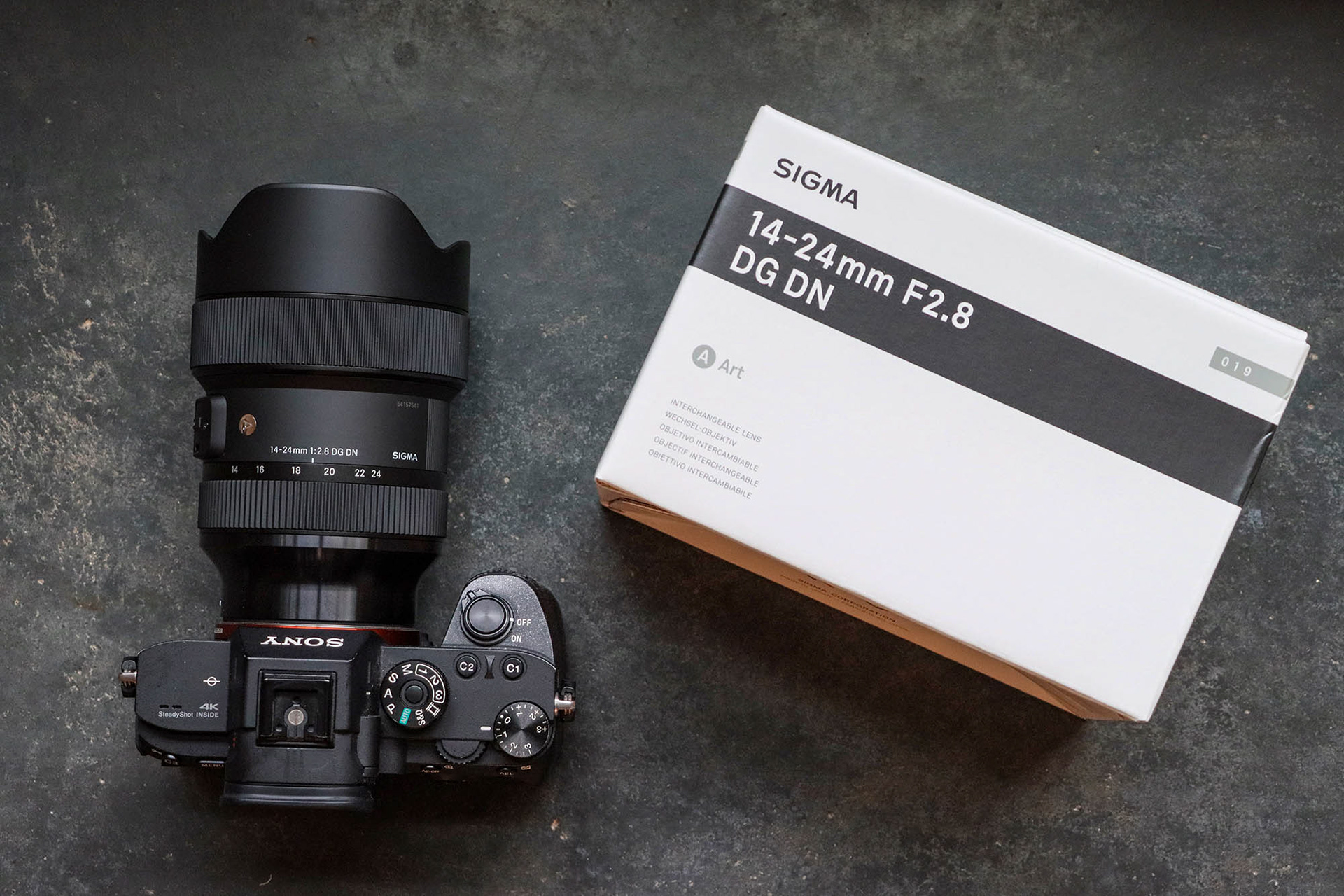 DESCRIPTION
The Sigma 14-24mm F/2.8 DG DN Art is the youngest brother of the Sigma 14-24 mm F2.8 DG HSM Art. First Nikon/Canon creations, then Sony/Leica, dlsr then mirrorless. The difference is in the letters: DN. They indicate that the Sigma 14-24 mm F/2.8 DG DN Art is made for system mirroless cameras .  And it is a completely new design. So it is not the HSM version with a converter added on that would make the lens even bigger. On the contrary. The new Sigma 14-24 mm F/2.8 DG DN Art is more than 350 grams lighter than the SLR version as well as slimmer and slightly shorter. The autofocus motor is also optimized for use on SLR cameras.
- LOW DISPERSION
Five Special Low Dispersion (SLD) elements and one F Low Dispersion (FLD) element markedly reduce chromatic aberrations and color fringing throughout the zoom range for improved clarity and color accuracy.
- MULTI LAYER COATING
A Super Multi-Layer Coating combined with a Nano Porous Coating has been applied to lens elements in order to minimize lens flare and ghosting .The front lens element has also been treated with a water- and oil-repellent coating to benefit working in wet conditions .
- QUICK AF SYSTEM
This lens is equiped with auto focus system with a smooth motor, and with a high speed autofocusing.
- CONSTANT APERTURE
The constant f/2.8 maximum aperture helpsa better control over depth of field.
- AF LOCK
Built-in Autofocus-Lock (AFL) button can be assigned additional functions.
- 11 BLADES DIAPHRAGM
Rounded eleven-blade diaphragm contributes to a smooth  bokeh quality.
- REAR FILTER HOLDER
Included rear filter holder for use the rear filters, gel or glass one.​​​​​​​

FEATURES
1- BILD CONSTRUCTION AND MATERIALS
Sigma made a awsome work with the design of this lens, the build quality of the Sigma 14-24mm F/2.8 DG DN Art is at a top level.
Sigma says that this lens is dust and splash proof. If we look at the brightness and the zoom range.
In the part of the optical construction this lens came with 18 elements positioned in 13 groups.  You get one low dispersion FLD element made of glass with properties similar to fluorite, four low dispersion SLD glass elements, two aspherical elements and one element which.
Other feature I love, is the number of  diaphragm blades, this lens came wit 11 blades.
Other awsome feature is the closest focus range it’s 28 cm, that helps in the boken effect.

2 - AUTOFOCUS
The autofocus of the Sigma 14-24 mm F/2.8 is clearly optimized for mirrorless cameras and worked well in my tests.
The autofocus in my Sony A7R4 camera is almost noiseless and confirming the focus takes from 0.3 to 0.5 of a second,  good job Sigma even in low light condictions.

Sigma have the Auto Focus Lock (AFL) button that can also be re-configured to assign various functions to the lens barrel.

3- DISTORTION
In Wide Angle Lens it's very common the exitence of  distortion. One slight disappointment is that, 14-24mm Art is essentially a ‘zero distortion’ lens, this one certainly isn’t. Barrel distortion can be quite noticeable in the 14-16mm sector of the zoom range, the good thing is that in the post processing program it almost all disapear.

4 - SHARPNESS
This is probably the most searched part of a lens review, and this lens in that part didn't disappoint.
The sharpness of the Sigma 14-24 mm F2.8 is high, especially for an ultra-wide-angle zoom. At full aperture, you get great center sharpness and a gradient to the corners that is very small. when you start to close gradualy the aperture increase in quality to f/5.6 and f/8. At f/11, the sharpness decreases slightly again due to the diffraction.

5 - VIGNETTING
As all of the Wide agle lesn the Sigma 14-24 mm at F/2.8 has little bit of vignetting, but as you go up to F/5.6 it almost disappear, and mostly gone in the forwards apertures.

6 - CHROMATIC ABERRATION
Other good feature of this lens is that Sigma 14-24 mm f/2.8 doesn't have any significant problems with chromatic aberration.
Even at the maximum relative aperture it would be difficult to notice any traces of colouring in out-of-focus areas.

7 - FLARE RESISTANCE
The Sigma 14–24 mm f/2.8 performance against bright light is really good. No matter what aperture you employ, you really have to try hard in order to catch any ghosting or flares. Additionally, if you finally manage to catch them light artifacts won't occupy a lot of space in your frame and they won't be very intensive either.
Very good job Sigma...

8 - COMA
Sigma isn’t the best lens for astrophotography,  but have a reasonable result, the amount of comatic distortion is fairly low. There’s a bit of a bulge in star points on the edge of the frame, but they don’t start to “grow wings”, and I felt the look was fairly non-offensive.

9 - BOKEH / MACRO
Bokeh quality on wide angle lens is not  important as on telephoto lenses, but the 14-24 ART  28cm of minimal focus range give a big help on the boken, which means that you can focus down quite closely and throw a background reasonably out of focus. Bokeh quality isn’t bad in a number of situations, though neither does it stand out as exceptional.

10 - SUNSTARS
This lens came with 11  blade that helps a lot in the sunstar effect, it  creates very nice stars from point light sources when used at narrow aperture.
PRICE VS PERFORMANCE
I’m very impressed with the Sigma 14-24mm f/2.8 lens. I feel like Sigma has done a great job of creating this lens, isn't a cheaper lens, but it's cheaper than Sony 16-35 F/2.8, with the advantage of being able to astrophotography.
This lens can be buyed at 1400€

CONCLUSION
The Sigma 14-24mm F/2.8 DG DN Art is an excellent super wide-angle zoom. The lens is incredibly good. The brightness and sharpness are high, the vignetting and distortion are low, and chromatic errors are barely perceptible. The fact that the lens hardly needs any corrections in the camera to achieve those results is an impressive achievement from Sigma.
The only big problem in this lens is is the non use of 100 x 100 cm filter, that is minimize with the rear filter holder.

WHAT I LIKED
- Superb sharpness and contrast
- Excellent resistance to ghosting and flare
- Very well controlled chromatic aberrations
CONS
- No front filter thread due to the built-in hood
-Noticeable barrel distortion when uncorrected
- Little bit big, and heavy for a mirrorless len