INTRODUCTION
The Ultra Wide Angle Lens is one of the most important lenses that every photographer can have in his backpack and now here I am for another review, this time or talk you about Loawa Venus 12mm F2.8.
I had intended to have this lens for a long time, but as I had in mind to change the system, I waited to get it for Sony FE.
This is my wholehearted honest review of this lens, I have not received any gifts or payment for writing this review. I buyed this Lens.
The Laowa 12mm f/2.8 Zero-D is a manual focus, ultra-wide angle lens designed for full-frame cameras and available in Canon, Nikon, Sony A, Sony E and Pentax mounts.
'Zero-D' means no distortions. Yes, this is a rectilinear lens and not a fish-eye lens, with a 121.96° angle of view.

ABOUT LAOWA
Anhui Changgeng Optics Technology Co., Ltd (Venus Optics) was established in 2013.  With headquarters in China, they are a leading manufacturer of premium lenses, formed by a group of photography enthusiasts and industry experts.
They are a team of optical designers has more than 20 years’ experience and previously designed lenses for Japanese and German manufacturers.
Their mission are to design and create their own portfolio of photographic lenses that are truly unique, practical and affordable.
LAOWA headquarter and manufacturing facility are in Hefei, located at the eastern part of China and 5-hour drive from Shanghai. Their sales and marketing head office is located in Hong Kong and they also have a distribution office in the United States. They are now have 131 employees and the number is growing.
LAOWA PRODUCTS
Over the last four years, they have launched some very unique optics into the market and that have been welcomed by photographers from around the world.
In 2013, they realized that there was a need for a budget macro lens that could not only achieve high magnification for shooting smaller insects, but also serve as a normal portrait lens.
After 15 months of research and design, they launched the first product – the Laowa 60mm f/2.8 2X Ultra-Macro Lens.  It was a world first 2:1 macro lens with a focusing range from 2:1 magnification ratio to infinity focus.
They have received tremendous support from industry professionals and photographers.  This has strengthened their resolve and drives them harder to achieve their dream.
Following this, they launched another unique lens with a ‘World First’ title; the Laowa 15mm f/4 Wide Angle Macro Lens.
That was the world’s widest 1:1 Macro lens.  Soon after, they announced the ’Bokeh Dreamer’ lens, Laowa 105mm f/2 Smooth Trans Focus Lens.
PACKAGING AND UNBOXING
The first time I held this lens in my hands I was thinking to myself it  performs as well as it feels then I am going to have a new favourite in my backpack.
After two minutes of inspecting and just holding it I absolutely loved it, the weight, feel and texture of the Laowa actually makes it feel like a real premium product.
In the Box:
Venus Optics Laowa 12mm f/2.8 Zero-D Lens for Sony (Black)
Front and Rear Lens Caps
Limited 3-Year Warranty

DESCRIPTION
Ultra wide angle lenses are the best tool that every Landscape, Seascape and Cityscape photographers most have on him photography backpack. There are a lot of wide angle lenses on the market, however, these UWA lens are not perfect. They suffer from dramatic barrel distortion (2-5%), poor peripheral sharpness or huge physical size. They therefore spent a lot of time to come up with a design which is truly perfect and overcomes the frustration of photographers. That's where the LAOWA 12mm f/2.8 ZERO-D comes from.
Close-To-Zero Distortion
Ultra Wide Angle lenses on the market tend to suffer a optical distortion rate from 2-5% which causes straight lines to bend. Their LAOWA lens features a close-to-zero* distortion rate that you can barely notice with your eye.
122° Ultra-Wide Angle Of View
Their LAOWA 12mm f/2.8 Lens cover a ultra-wide 122° angle of view for you to create an outstanding landscape or architecture shot that no others can compare. Shooting interior shots will also become much easier.

Superb Optical Quality
Optical performance is what they will never compromise. Laowa 12mm have a good quality in full range distance, at F/2.8 in coners loose a little bit of sharpness not compromising the photo.
Tiny, Light & Easy To Carry
Weighing merely 609g, LAOWA Lens is an every-day lens. It is really small compared to other UWA lenses in the market. Finally, you do not need to bring a hefty piece of glass for work and travel. Also, you can now insert 2pcs of 100mm (not 150mm!!) ND filters & 1pc of 105mm CPL filter into our optional filter holder  to create your best landscape photo ever. 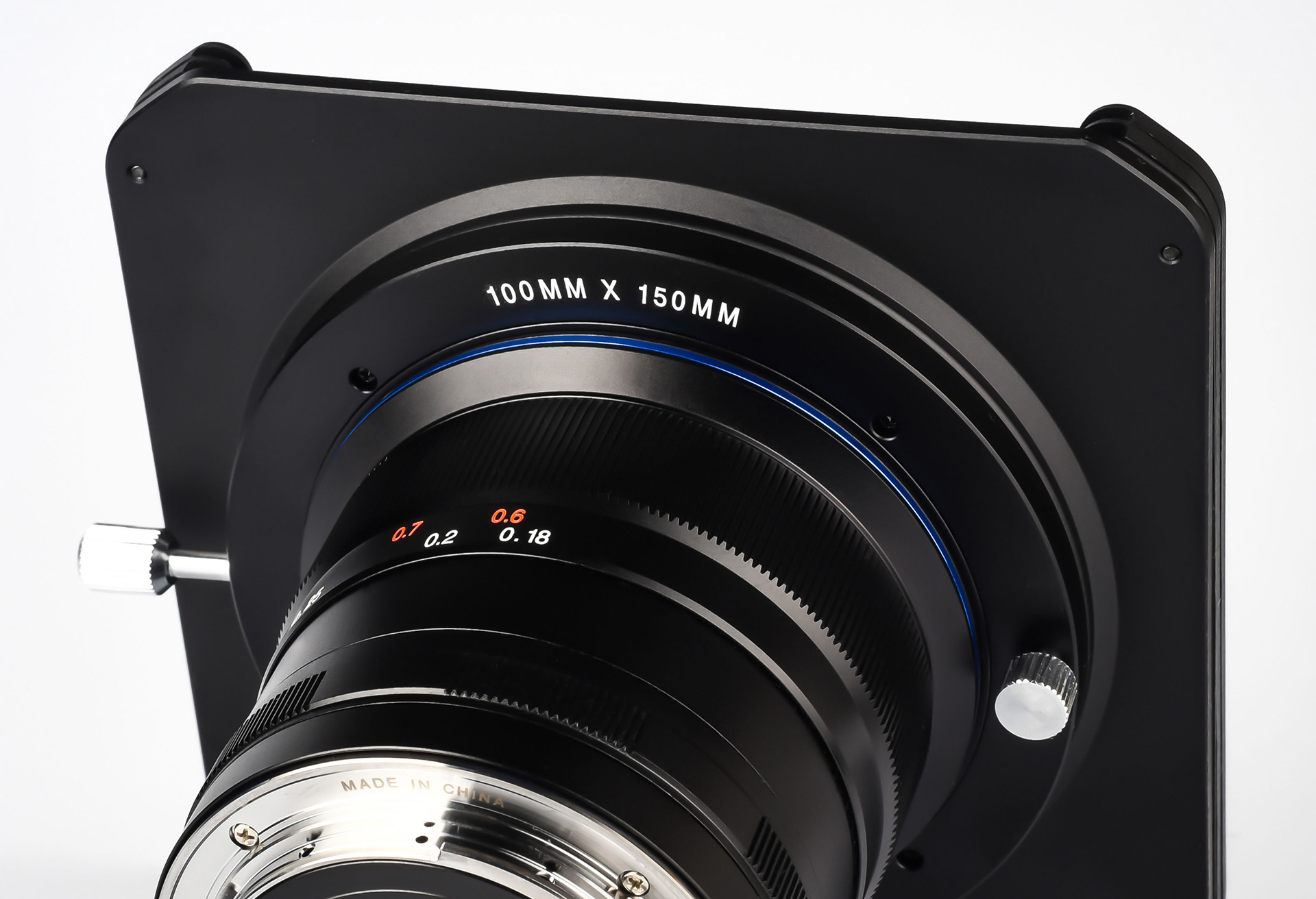 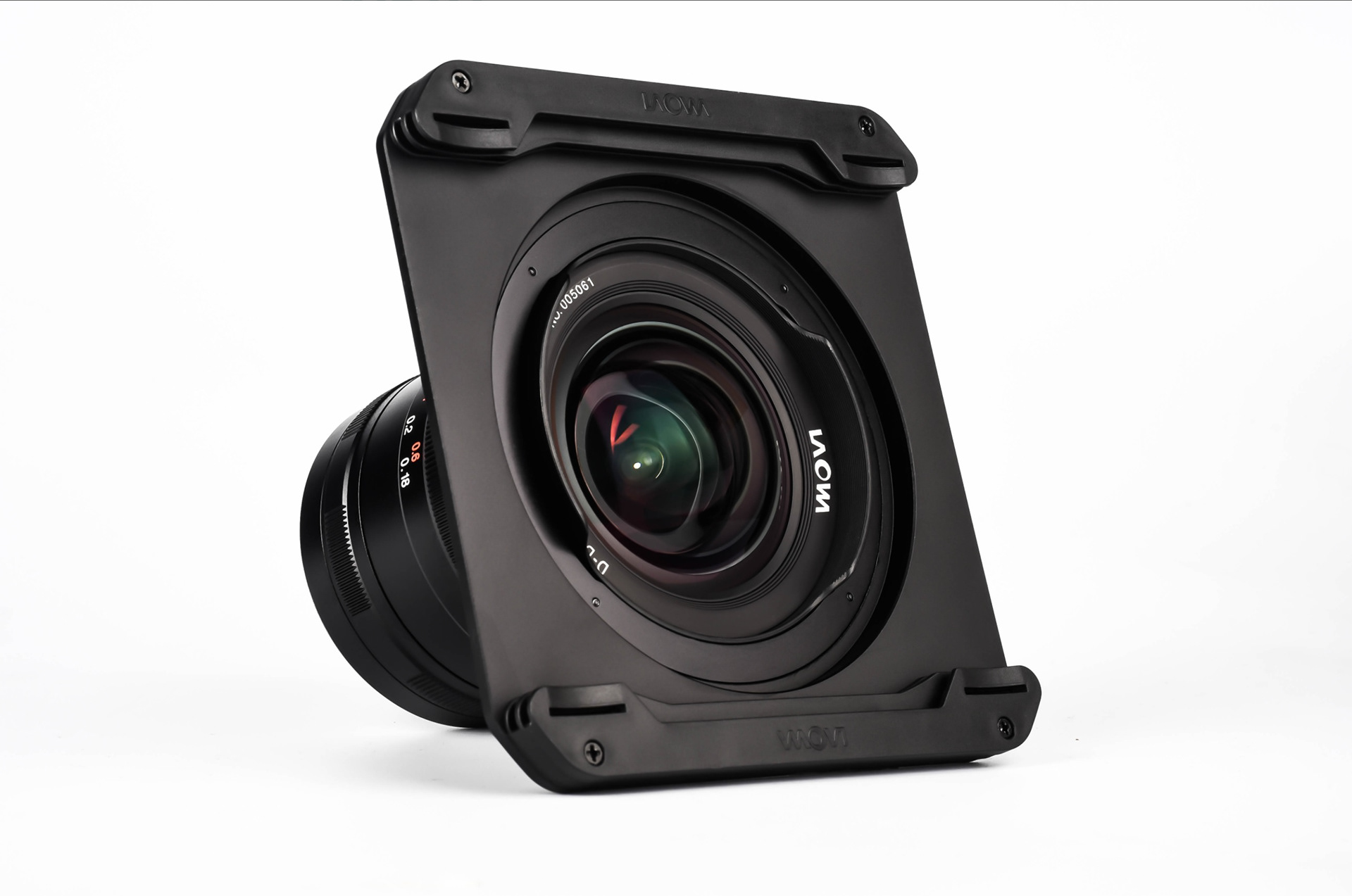 As I previously mentioned the Laowa 12mm F / 2.8, it can be used with 100mm filter holders, which in UWA lenses it's very rare, when I bought the lens, i also bought the Laowa holder for the lens, as you know, I am an ambassador for the Haida brand , and Haida also have a ring designed to use the M10 system (100mm) on this lens, where you can use the drop-in cpl.
This benefit becomes much more attractive to use a ultra wide lens. For me this is one of the biggest assets of this lens.

EXIF: NIKON D810, ISO 64, 10 Sec, F8
It's Time For A Panorama
The 122 angle of view + Close-to-zero distortion is almost too good to be true for panorama shooting. Find it hard to locate the entrance pupil (nodal point) for panoramic shooting? Let me help you with our Entrance Pupil (Nodal Point) marking.
Laowa Water & Dust Repelling "Frog Eye" Coating (FEC)
Every LAOWA 12mm f/2.8 ZERO-D is coated with the new Laowa "Frog Eye" Coating. It gives your lens an extra layer of shield. ​​​​​​​

BILD CONSTRUCTION AND MATERIALS
The build quality of the lens is very nice as the lens is an all metal construction and feels very robust.
The focus ring has a good resistance and is very smooth. The aperture ring has one-stop click-stops and it takes about 45° from f/2.8 to f/22.
this lens came with interesting feature, came with two lens hoods. The first is very short and non detachable, as this lens is not 100% espherical they design the first wood to avoid the scratch the glass and the second hood is much bigger but detachable.
When i had my first contact with the lens i thought for me that was more bigger, but no, for a 12mm full-frame lens, the Laowa is pretty small with a very slender profile.
Venus made a good work.
Distortion
Most Ultra Wide Angle lenses suffer from an optical distortion which causes straight lines to bend. LAOWA Zero-D lenses are so well corrected, they achieve a close-to-zero distortion.
It is very normal in ultra wide lenses to have a lot of distortion but in this field Venus did a good job again, you can see in the next examples  the lines made by the buildings, you can see how well those lines are retained in the image.

It's not quite "zero" distortion, but it's close. There is just a bit, as the lines lean inwards. However, closer to the middle you can see how there is no distortion at all. It's much easier for a lens manufacturer to control distortion to the center of the frame, so their success here should not surprise.
Sharpness
This is that most searched part of a lens review, especially on high resolution sensors and this is probably the most important feature of any lens, and the Laowa does not disappoint, it is remarkably sharp, the 12mm f/2.8 is one of the sharpest wide angle lenses with which I have ever shot.
From f/2.8 the sharp lose a little bit in the corners and goes to  f/16 where's the sharpness is very consistent, with very little difference in image quality through that range.

Copied by Laowa Web Page
The sharpness is excellent at f/5.6 through f/16, but that cannot be said at f/22. The quality of the image at f/2.8 is pretty good considering it is wide open, but not as sharp as the lens can be when it is closed down a bit.

Flare resistance
I really had to push this lens to produce some flares with the sun or night lights inside the frame. Compared to the other ultra wide angle lenses I have used extensively this one performs better than Samyang 14mm.

EXIF: Sony A7RIV, ISO 50, 30 Sec, F16
COMA
Most of the Wide angle lens have a big issue, and  Laowa 12mm 2.8 Zero-D  is not diferent, when you photograph stars at F/2.8, i have a noticeable comatic problem in the corners. All the astro photography photographs looks for a good lens without coma.
I notice a remarble coma at F/2.8 to F/5.6, getting most better F/5.6 to closest apertures.​​​​​​​

EXIF: Sony A7RIV, ISO 100, 1/3 Sec, F2.8
Sunstars
With the higher the number bladed aperture diaphragms better is the Sunstar Effect. Laowa 12mm F/2.8 came with 7 aperture blades, first tought was that the effect would not be great, but was a wrong thought, this lens suprised me a lot in this feature, i loved the stars made by this lens, and let me tell you that in F/8 made a surprising sunstar effect.
Anothe awsome work Venus.

EXIF: Sony A7RIV, ISO 100, 30 Sec, F8
PRICE VS PERFORMANCE
You can Buy the Laowa 12mm F/2.8 at  1000€ , you can bu it in Loawa Webstore, and you can also consult the World Laowa dealers here.
Conclusion
The Laowa 12mm f/2.8 is not what I call cheap. Because of its fully manual design, it could be considered a little bit expensive for some people, other wise you hate to take in count other awsome features:
This lens is very compact, have a awsome Sunstar effect, and no cromatic aberration, other good feature is minimal focus range of 18mm.
Other thing to have in account is the robustness of this lens, she is made in metal what makes her very solid.
The two big issues I notice in this lens was the little lose of sharpenss in F/2.8, for me not the bigger, for me the bigger one is the comatic problem when we photograph the stars

EXIF: Sony A7RIV, ISO 100, 30 Sec, F8
WHAT I LIKED
- Great sharpness through the aperture range
- No apparent chromatic aberration, which is rare and exceedingly impressive
- Awesome close focusing distance is a huge plus
- The lens is easy to store and wear thanks to a compact design
- Solidly built, with no plastic parts
Cons
- Astrophotography Coma
- Little Smooth Corner at F/2.8

Some technical parts are by the brand, and also served as inspiration for some renowned reviews such as Photographylife, Kenrockwell, and Digitalreview.